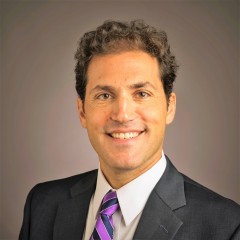 founded Polity Partners in 2017 as a consultancy to advance a sustainable and clean energy future. He has more than 15 years of senior leadership experience serving in the federal, state and local levels of government, including four years as Mayor of Annapolis, Maryland.

Before starting the firm, Josh was a Senior Executive Service (SES) appointee as Deputy Administrator of the USDA Rural Utilities Service, an infrastructure lending agency that financed $5 billion in energy, broadband and water and wastewater projects annually. Josh also served for 12 years as an “honest, straightforward and responsive” elected official (The Capital), and is widely recognized for staving off municipal bankruptcy after his election as Mayor of Annapolis during the Recession in 2009.

Josh is the creator and host of More Power To You, a podcast about the policy and politics shaping our clean energy economy. It is available on Apple Podcasts, Google Play or your app of choice.

has almost a decade of experience in measurably increasing profitability and social impact across a variety of sectors. A social entrepreneur at heart, she is President and Co-Founder of Open Dreams, an educational nonprofit that helps high-achieving students from underprivileged regions in Cameroon, South Africa gain access to higher education, mentorship, and scholarships. Previously she served as an Obama Administration appointee at the USDA Rural Business and Cooperative Service where she supported the growth of small businesses, renewable energy, and community economic development in the most impoverished areas in rural and tribal America.

Born into a large Cuban-American family, Cristina is near fluent in both Spanish and French. She earned a Bachelor’s degree with highest distinction in International Business and Politics from the University of North Carolina at Chapel Hill, and a Master’s degree in Political Economy from the London School of Economics.

has over a decade of experience launching and leading sustainable development initiatives within the government and nonprofit sectors. Her work has supported smart growth, economic revitalization, and disaster and climate resilience in both urban and rural communities across the country. Most recently, Megan served in senior roles within Rural Development and the Rural Housing Service at USDA where she oversaw efforts to develop a smart growth technical assistance program, provide healthy meals to children living in rural housing, and make data on agency investments publicly available for the first time. Previously, Megan worked at the National Association of Development Organizations and at EPA’s Office of Sustainable Communities.

Megan earned a Master’s in City and Regional Planning from the University of North Carolina at Chapel Hill and a Bachelor’s degree from Dartmouth College. 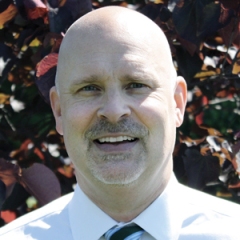 is an attorney advocate who runs a boutique green policy, sustainability and lobbying consultancy in Washington, DC called Green Capitol. His clients include Fortune 500 companies, auto companies, clean tech startups and E NGOs. He is quoted regularly in the DC trade press and beyond on policy matters from energy to taxation to climate change.

Lloyd is a member of the Department of Commerce’s Renewable Energy and Energy Efficiency Advisory Committee (REEAC) to Secretary Wilbur Ross. Previously, he served as a senior energy and environment counsel for Sen. Tom Harkin (D-IA), and with support from Sen. Dick Lugar (R-IN) and his staff, wrote the first ever clean energy title of the Farm Bill.  The Alliance to Save Energy hailed it as “landmark” legislation. Lloyd was also successful inserting multiple renewable energy provisions into the 2005 energy bill as well as tax legislation during his stint on the Hill.

Lloyd was recently awarded a “2018 Energy Innovator” award by a select group of clean energy peers and the non-profit Windustry, based in Minnesota. He resides in Annapolis, Maryland with his family, and is active in civic engagement and sustainability issues. He holds a JD with certificates in environmental and international law, and a BA in Political Science.